JFK: What the CIA Hides 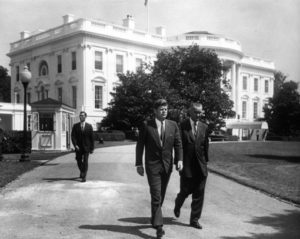 When I launched JFK Facts, a blog about the assassination of President John F. Kennedy, in 2012, I was often asked by strangers, “So who killed JFK?”  “I don’t know,” I shrugged. “It’s too early to tell.” Given that the handsome liberal president had been shot dead a half-century before, my answer was a lame joke based on an apocryphal story. Henry Kissinger once said that when he asked Zhou Enlai, “What was the effect of the French Revolution on world history?” the Chinese statesmen replied, “It’s too early to tell.”

True to Kissingerian form, the story turns out to be not exactly true. Zhou was actually responding to a question about France’s political convulsions in 1968, not 1789. But Kissinger’s spin on the anecdote struck me as perceptive. The meaning of a great historical event might take a long time–a very long time–to become apparent. I didn’t want to jump to conclusions about the causes of JFK’s murder in downtown Dallas on November 22, 1963.

It’s still too early to tell. Fifty six years after the fact, historians and JFK researchers do not have access to all of the CIA’s files on the subject The 1964 Warren Commission report exonerated the agency with its conclusion that Kennedy was killed by one man alone.  But the agency was subsequently the subject of five official JFK investigations, which cast doubt on its findings.

The Senate’s Church Committee investigation showed that the Warren Commission knew nothing of CIA assassination operations in 1963. JFK records released in the last 20 years show the Commission’s attorneys had no real understanding the extensive counterintelligence monitoring of Lee Harvey Oswald before JFK was killed. We now know that senior operations officers, including counterintelligence chief James Angleton, paid far closer attention to the obscure Oswald as he made his way to Dallas than the investigators were ever told.

To be sure, there is no proof of CIA complicity in JFK’s death. And  conspiracy theories spouted by the likes of the Alex

Jones and James Fetzer deserve no attention. The fact remains some of the most astute power players of 1963–including Lyndon Johnson, Charles DeGaulle, Fidel Castro, and Jackie and Robert Kennedy–concluded that JFK was killed by his enemies, and not by one man alone.  Did these statesmen get it wrong, and the under-informed Warren Commission get it right?

The new documentary, Truth is the Only Client, says yes. The film, shown last month in the auditorium of the U.S. Capitol, features interviews with numerous former Warren Commission staffers. Supreme Court Justice Stephen Breyer, who served as a fact checker for the Commission in 1964, defends the lone gunman conclusion, saying, “You have to look at the new evidence and when you do, I come to the same conclusion.”

Justice Breyer, oddly, passes judgment on evidence he has not seen. The record of the CIA’s role in the events leading JFK’s assassination is far from complete. In 2013 I reported on JFK Facts that Delores Nelson CIA’s information coordinator had stated in a sworn affidavit filed in federal court, that the agency retained 1,100 assassination-related records that had never been made public.

A small portion of this material was released in 2017, including new details about the opening of the CIA’s first Oswald file in October 1959.

Yet thousands of JFK files remain secret.  According to the latest figures from the National Archives, a total of 15,834 JFK files remain fully or partially classified, most of them held by the CIA and FBI. Thanks to an October 2017 order from President Trump, these documents will not be made public until October 2021, at the earliest.

The assumption of Justice Breyer and many others is that any and all unseen CIA material must exonerate the agency. It’s an odd conclusion. If the CIA has nothing to hide, why is it hiding so much? While 95 percent of the still-secret files probably are trivial, the remaining 5 percent—thousands of pages of material–are historically pregnant.  If made public, they could clarify key questions in the long-running controversy about JFK’s death.

These questions have been raised most concisely by Rolf Mowatt-Larssen, a career CIA officer who served in senior positions. Now a senior fellow at Harvard’s Belfer Center, Mowatt-Larssen has implicated his former employer in the Dallas ambush. In a presentation at Harvard last December, Mowatt-Larssen hypothesized that a plot to kill JFK emanated from the CIA’s station in Miami where disgruntled Cuban exiles and undercover officers loathed JFK for his failure to overthrow Castro’s government in Cuba.

Mowatt-Larssen has yet to publish his presentation and documentation, so I can’t say if he’s right or wrong. But he asks the right question: “How can intelligence operational and analytical modus operandi help unlock a conspiracy that has remained unsolved for 55 years?” And he focuses on the right place to dig deeper: the CIA’s Miami office, known as WAVE station.

My own JFK questions involve George Joannides, a decorated undercover officer who served as branch chief in the Miami station in 1963. He ran psychological warfare operations against Cuba. In 2003, I sued the CIA for Joannides’ files. The lawsuit ended 15 years later in July 2018, when Judge Brett Kavanaugh, in his last opinion before ascending to the Supreme Court, tossed my case. Kavanaugh declared the agency deserved “deference upon deference” in its handling of Freedom of Information Act requests about JFK files.

Nonetheless, my lawsuit illuminated the extraordinary sensitivity of the psy-ops Joannides ran out of WAVE station. As reported in the New York Times, Fox News, Associated Press, and Politico, Morley v. CIA forced disclosure of the fact Joannides had received the CIA’s Career Intelligence Medal  in 1981. The honor came two years after he stonewalled the House Select Committee on Assassination about what he knew of Oswald’s contacts with pro-and anti-Castro Cubans in the summer and fall of 1963.

I believe Joannides was honored because he concealed the existence of an authorized covert operation involving Oswald that has never been publicly acknowledged. In CIA lingo, Joannides protected the agency’s “sources and methods” concerning Oswald.  And he might have done more. His actions may have also shielded other officers who knew of a scheme to kill the liberal president and lay the blame on Cuba.

Never been seen by JFK investigators, they contain details about his Joannides’ undercover work in Miami in 1963, when he funded Oswald’s antagonists among the anti-Castro Cuban exiles. They also detail his work in 1978, when he duped chief investigator Robert Blakey and the House Select Committee on Assassination. These records, the agency says, cannot be released in 2019 without risk of “irreversible harm” to national security.

It’s a bizarre claim, at odds with the law. These ancient documents, all of them more than 40 years old, meet the statutory definition of “assassination-related,” according to federal judge John Tunheim. He chaired the Assassination Records Review Board which oversaw the declassification of 4 million pages of JFK files between 1994 and 2017.  In an interview, Tunheim told me that, under the terms of the 1992 JFK Records Act, the Joannides files are subject to mandatory review and release. “It’s a no-brainer,” he said.

Yet the files remain off-limits to the public. Thanks to the legal consensus, articulated by Justices Kavanaugh and Breyer, the CIA enjoys “deference upon deference” when it comes to the JFK assassination story. As a result, the JFK Records Act has been flouted. The public’s interest in full disclosure has been thwarted.

Yet legitimate questions persist: Did a plot to kill JFK originate in the agency’s Miami station as Mowatt-Larssen suggests? The fact that the CIA won’t share the evidence that could answer the CIA man’s question is telling.

So these days, when people ask me who killed JFK, I say the Kennedy was probably victimized by enemies in his own government, possibly including CIA officers involved in anti-Castro and counterintelligence operations. I have no smoking gun, no theory. Just look at the suspicious fact pattern, still shrouded in official secrecy, and it’s easy to believe that JFK was, as Mowatt-Larssen puts it, “marked for assassination.”

Jefferson Morley is editor of the Deep State blog and author of The Ghost: The Secret Life of CIA Spymaster James Jesus Angleton.